From Family Trauma to Support, from Gunderson and Hoffman Publication 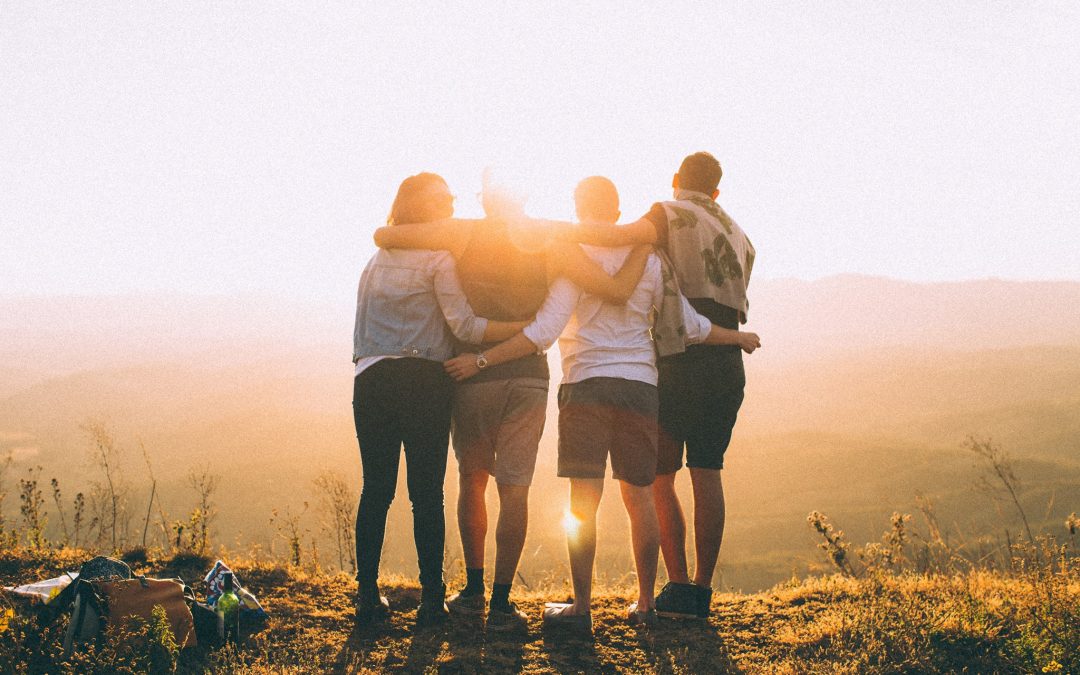 The body of research on families’ experience when one member has a mental illness suggests pervasive problems across diagnoses. There are objective burdens, such as the family’s investments of time and energy in negotiating the mental health, social service, and often criminal justice systems; disruption of household routines; the mentally ill person’s inability to fulfil expected role functions; economic dependence and financial costs of the illness; deprivation of needs of other family members such as siblings and children; curtailment of social activities; inability to fulfil personal plans; embarrassing situations and impaired relations with the outside world; and difficulties in finding adequate hospitalization or appropriate residential alternatives. There is also subjective burden: mourning the premorbid personality; grieving for what might have been; empathic suffering for the pain of a loved one; feeling stigma on one’s own behalf as well as the patient’s; and worrying about the future.

Families may have to contend with a range of very difficult behaviours projected rage, blaming, verbal or even physical abuse, denial of illness, and rejection of treatment. Above all, they must try to figure out limits, accountability, and expectations of appropriate behaviour, typically without any professional help to guide them. Added to societal and situational stressors are the often censorious and distancing attitudes of mental health practitioners, the denial of information, and the lack of therapeutic resources both for persons with the illness and their families.

Family members need to learn the basics of good communication, behaviour management, and problem-solving strategies. They need to understand that their own anger, guilt, anxiety, and frustration are normal responses, but that they can be controlled to avoid accelerating disturbed behaviours in a loved one. Family members need to learn how to set limits, to have appropriate expectations, and above all to respect their own right to a decent life. Families need to share their grief and their hopes with others, and they need support so that they themselves can become support systems for people they love.

Stigma of Childhood Abuse and Neglect

For most clinicians, childhood trauma is associated with poor parenting and neglect. The convictions of 30 or 40 years ago that bad parenting caused schizophrenia and other major mental disorders led to considerable agony and frustration for families (McFarlane and Beels 1983; Terkelsen 1982). Given this damaging history, it seems necessary to search very carefully for explanations of the origins of BPD. Achieving clarity on etiological factors is extremely important for building appropriate treatment models; for fostering interrelations of families, consumers, and professionals; and for alleviating patients’ anger and families’ confusion and guilt. The ultimate goal, of course, is long-range prevention. Sexual abuse is considered one of the strongest antecedents of BPD.

However, two obvious facts stand out in the research literature. First, the majority of people who report abuse of all kinds—verbal, physical, or sexual— are emotionally scarred by the experience, but they do not develop serious psychiatric disorders of the magnitude of BPD. Sexual abuse inchildhood is more commonly associated with adult depression. A large study comparing patients with BPD and those with other Axis II personality disorders found that BPD patients were significantly more likely to report verbal, emotional, and physical abuse by parental caretakers, but not sexual abuse (Zanarini et al. 2000). When sexual abuse occurs, it is often inflicted by someone known to the patient, but rarely by the biological parents. When parents are recollected negatively, it is more likely to be a complaint of insufficient concern—that they were not vigilant enough to protect the patient from the offender.

Although in this chapter I focus on what the family can currently do, a discussion of potential alternative interpretations can be instrumental in alleviating parental guilt and in shaping therapeutic endeavours. Most current psychiatric textbooks and the treatment guidelines of the American Psychiatric Association (2001) acknowledge an inherited predisposition for BPD. Yet the research literature continues to emphasize a history of childhood abuse, neglect, and abandonment, with the majority of studies based on retrospective self-report. The immediate interpretation is that parents of offspring who develop BPD actually do inflict more abuse than other parents. Moreover, this abuse is so serious and unavoidable that it leads to dissociation as a coping mechanism, hypersensitivity to stress, and an inability to relate meaningfully to other human beings.

But there are many other possible interpretations. The data may mean that the person predisposed to develop BPD is exceptionally sensitive to the demands and punishments of ordinary child-rearing environments, which results in overwhelming memories of having been abused.

It can also mean that the person with this predisposition is a difficult, hypersensitive child who is not as easy to live with as other children—who drains and frustrates parents who then let out their anger on the difficult child. So when studies are done years later, the adult with BPD remembers an undue amount of childhood abuse. And indeed in some cases these memories may be valid.

Chess and Thomas (1997) described innate differences in temperament among children, who from birth seem to fall into three categories: easy, difficult, and slow to warm up. Difficult children may be hypersensitive, with different biological wiring from their siblings, so there may be frequent power struggles between their needs and the parents’ need for order and discipline. Bleiberg (2002) described children at risk of developing a borderline or narcissistic personality disorder as being overwhelmingly demanding and self-centred and having uncanny sensitivity and reactivity, as well as a capacity to manipulate others.

Self-report studies may indicate that persons with BPD feel inadequate bonding to the persons who reared them. For example, one study found that insecure, anxious, or ambiguous attachment and a perception of relative lack of caring from one’s own mother were uniquely associated with borderline features, beyond what could be accounted for by childhood adversity experiences (Nickell et al. 2002).

It is difficult to determine whether the parents were actually uncaring, or whether the person with BPD was biologically unable to form the usual bond with a caregiver.

Young and Gunderson (1995) found that adolescents with BPD viewed themselves as significantly more alienated from their families than did adolescents with other personality disorders, perceptions that were at variance with those of their parents. Bailey and Shriver (1999) stated that there are relevant alternative explanations for the association between childhood sexual abuse and BPD. In a survey of psychologists, they found that relative to patients with other personality disorders or other patients seeking psychological help, people with BPD were rated as especially likely to misinterpret or misremember social interactions.

They were also considered likely to have voluntarily entered destructive sexual relationships, perhaps even at a young age. There is a well-established dynamic of a search for love and protection leading to inappropriate sexual relationships, unfulfillable expectations, and feelings of betrayal. These memories may well lead to genuine perceptions of having been sexually exploited and abused.

Avoiding Blaming in the Search for Cause

One of the great dangers in this kind of explanatory model is that of blaming the victim. Like most disorders, BPD is highly heterogeneous in level, intensity, and the basic personality of the person with the disorder. Although affect dysregulation and relationship difficulties and inconsistency seem to be prevalent in most cases, not all people with BPD are self-destructive or manipulative. In fact, it should be assumed that many recollections of sexual abuse may be valid and that such incidents were not situationally brought on by the carelessness or affectional needs of the victim.

As in all mental illness, clinicians have to be very careful about causal attributions, negotiating between the dangerous shoals of blaming the family and blaming the patient. Of all the explanatory models offered for this skewed history of abuse, the most parsimonious and most logical explanation may well be the one most frequently offered by sympathetic therapists and distraught parents. That is, the person biologically predisposed to develop BPD is hypersensitive to and more intensely experiences the normal slights, criticisms, and punishments endured by most children in the process of growing up. And if parents are raising an exceptionally difficult child, these criticisms and punishments are likely to be frequent and to generate tension in family dynamics—and later to be recalled as abusive.

Importance of Searching for Cause

If families are to be involved as a support system, there must be some plausible answers to their questions and their bewilderment. Some families will deny that anything exceptional happened in rearing the person with BPD. A few will say that their child rearing was benign, but that they later learned of sexual abuse by a hired caregiver or someone outside the family. Some will admit to having administered harsh punishments. But most simply cannot understand why there is a presumption of abuse so unbearable that it has led to such pathological behaviour and misery in one of their children. The existing body of theory on the psychosocial antecedents of BPD presupposes a rearing history that many families simply do not recognize as damaging enough to lead to manipulation, fears of abandonment, self-mutilation, or attempted suicide. And they do not understand why their other children turned out so differently.

Moreover, there is apparent inconsistency in the findings that BPD is associated both with the presence of overly abusive parents and with no parents—with their actual loss through death, illness, or abandonment.

Granted, children raised in foster homes are more likely to have experienced abuse, including sexual abuse, in these environments. However, these are not the caregivers who are willing to undergo family therapy or to belong to advocacy organizations to help their loved ones. These concerned and cooperative parents inevitably fluctuate between bewilderment, anger, and a guilt that is only dimly understood. There must be some explanation of their very different perception of events.

This is an exerpt from Understanding and treating borderline personality disorder : a guide for professionals and families, edited by John G. Gunderson and Perry D. Hoffman, 2005
← Previous post: Family Perspectives on BPD, from Gunderson and Hoffman Publication Next post: 2018 Australian Mental Health Prize winners - All in the Mind Radio Program →